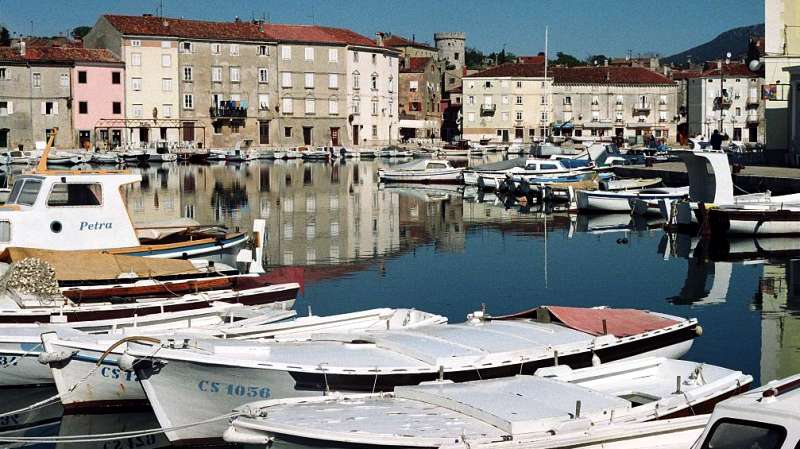 Cres is basically a city on the bay, as its town docks come directly into the middle of the city and are filled with boats. There is a car park at the entrance to the city, along with multiple restaurants and a gas station. Upon entering the city through one of the gates there are narrow paths you must walk through, of houses and small stores. In the center there is an open piazza, with people selling different homemade goods. There are also shops and open air restaurants in which people can sit on the edge and watch the boats come in.

- the bank is open during the day, in addition several cash machines are available 24 hours a day
- there are as well petrol stations, post office, police station ...
- within the framework of health-care, Cres has a dispensary closely connected to Rijeka and Zagreb
- the town has a well equipped pharmacy. 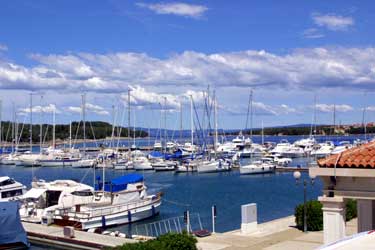 Cres is home to a Blue-Flag-status marina, that is on the outskirts of the city. This is separate from the concrete center docks seen inside the actual city. The marina is home to ships of many people on the island and is also home to a dry dock where many ships are repaired. The Adriatic Sea is great for fishing and this port is important to the industry.

- schools of diving, sailing and tennis
- excursions to other sites and beaches on the island with yachts, boats or by car
- hiking, cycling
- one can rent a yacht in the fine Cres marina
- additionally, we would like to call attention to the renovated Cres Museum, as well as the classical music concerts at Musical Evenings of Lubenice and Musical Evenings of Osor.

Cres (pronounced [t͡srɛ̂ːs]; Italian: Cherso, German: Kersch, Latin: Crepsa, Greek: Χερσος, Chersos) is an Adriatic island in Croatia. It is one of the northern island in the Kvarner Gulf and can be reached via ferry from the island Krk or from the Istrian peninsula (line Brestova-Porozina). With an area of 405.78 km2,[1] Cres is the same size as the neighbouring island of Krk, although Krk has for many years been thought the largest of the islands. Cres has a population of 3,184 (2001). Cres and the neighbouring island of Lošinj once used to be one island, but were divided by a channel and connected with a bridge at the town of Osor. Cres only fresh water source is the Lake Vrana. 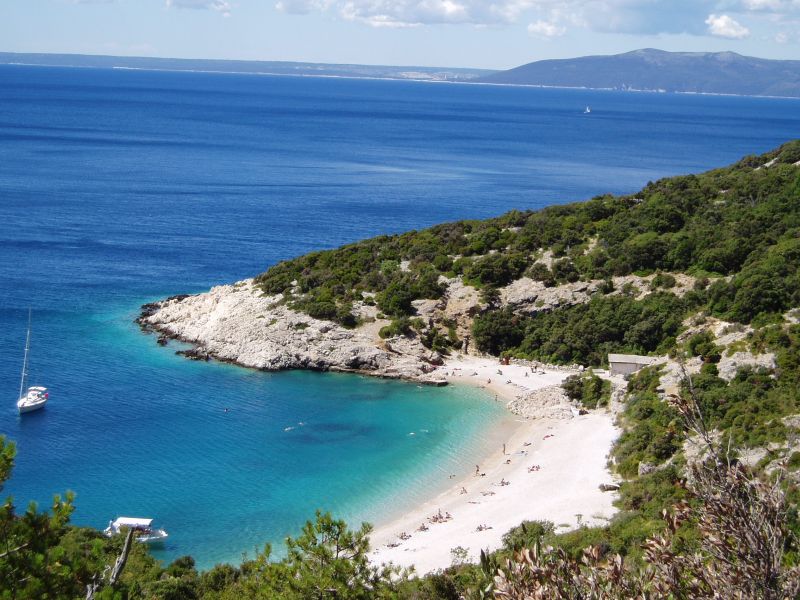 Cres has been inhabited since the Paleolithic time period and was later ruled by the Greeks and the Roman Empire. After the fall of the Roman Empire the island was taken over and became a part of the Byzantine Empire, and remained this way for centuries. In the 7th century the Slavs invaded Cres and the islands around it. They returned the islands in the early 9th century (believed to be somewhere around 812). Then, around 866 the inhabitants saw the first conflicts with the Republic of Venice. The Venetians eventually took control of Cres and the neighboring islands in the 10th and 11th centuries. However, the Croats regained the islands and the islands went through a change of rulers for centuries, being ruled by Croats, Hungarians, and for 400 years the Venetians took control of the islands. After Napoleon victory over the Venetians, the island went under Austrian rule. After the defeat of Austria by Napoleon in 1809 the islands became part of the French Empire. After the fall of Napoleon, Austria once again took control of the island for 100 years. During this time the economy developed with olive trees, sage, and other plants becoming key to the success of the island. At the end of World War I, with the Treaty of Rapallo signed in 1920, the island was once again handed over to Italy. This lasted until 1947 when the Islands, along with Istrian Peninsula, were assigned to Yugoslavia. The island has gone through an agricultural downturn as many residents left the island in search of a better life on the mainland and abroad. This has resulted in many former agricultural areas becoming overgrown with local vegetation. Recently people, primarily retirees, have been returning to live on the island. Tourism has become an increasingly important industry and the population experiences significant seasonal variation.

Cres is surrounded by a mountainous frame of land and sea. For that reason it benefits from a pleasing Mediterranean climate with continental influences. The average yearly temperature is 14.4 °C. Summers are hot and mainly dry, whereas the summer heat is alleviated by the landward breeze. The sea temperature reaches 25 °C.

You can reach Cres by following means of transport: